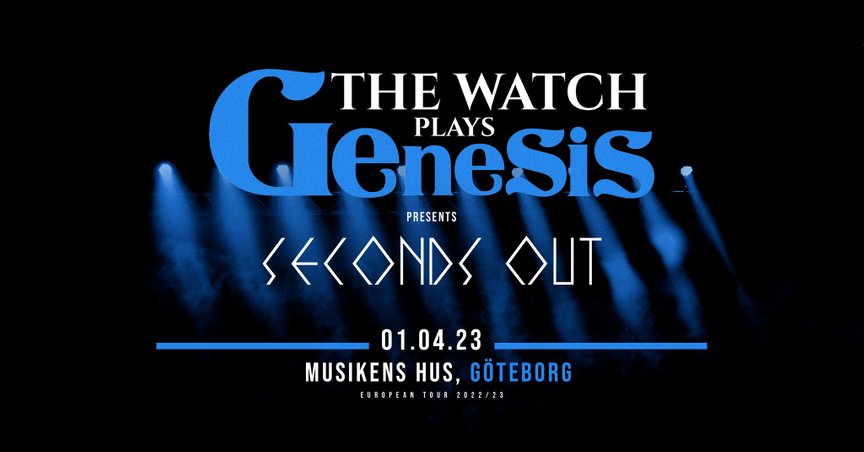 THE WATCH
Italy's THE WATCH are old friends of Garf after a series of much appreciated concerts. They specialize in playing music from GENESIS treasure chest, but have also made a number of fine albums with their own music. At Musikens Hus, the THE WATCH will focus on Genesis's classic live album "Seconds out" from 1977. The band's latest album was released in 2019.

PLANET INDIGO
Sweden's PLANET INDIGO was formed in 2018 by Hanna Westberg and Christoffer Särnefält. They call their music climate rock, and their lyrics discuss topics such as environmental degradation, nationalism, capitalism and social injustice. Musically, PLANET INDIGO is influenced by, for example, Pink Floyd, Peter Gabriel and Supertramp. Their album "Planetary exit pt. 1" was released in 2022.

A non-profit organisation comprising music-loving enthusiasts with a burning passion for progressive music in all its various forms.

The society was founded in 1994 in order to keep and disseminate as well as encourage the music form currently known as Art Rock.

By organising festivals and concerts, and holding get-togethers for Art Rock lovers and spread information, GARF wants to be able to give more people the possibility to experience exciting and inspiring music.

The association is open to everyone and a membership of GARF costs 200 kr year.